Epilepsy Survivor: No Longer Afraid to Talk About Epilepsy 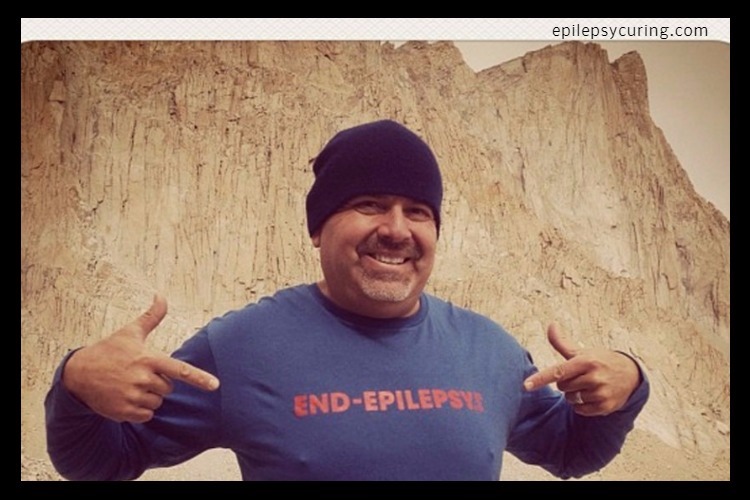 For most of Paul Ramirez’s life, only those closest to him knew that he lived with a serious brain disorder.

Ramirez, of Pasadena, California, found out he had epilepsy when he was 22. Now 50, he’s had seven grand mal seizures, which make him lose consciousness. Still, he often went years without having a seizure at all.

“I kept it private from extended members of my family and I never told my friends. Sadly, I was ashamed of it,” Ramirez said.

That changed in June. Ramirez was waiting to see his neurologist after a recent seizure. The doctor would help determine whether Ramirez should continue driving.

In the waiting room, Ramirez stumbled across a CNN.com story on his iPad. The story, published after U.S. Commerce Secretary John Bryson had a seizure while driving, explained how common seizures are and the reasons they can occur. It featured people living with epilepsy who talked about the impact the disorder had on their lives.

Reading the piece marked a turning point in Ramirez’s life.

“For the first time I had ever read a story that actually mirrored my own life,” he said. “It was inspiring and encouraging. It gave me hope that there were others out there (like me).”

Ramirez immediately sent an e-mail to Nathan Jones, who was featured in the story. By the time the doctor appointment was over, Jones had responded. Ramirez and Jones, a project coordinator at the Epilepsy Foundation of Greater Los Angeles, soon became fast friends, sharing stories over coffee and lunch.

A week later, Ramirez went to the foundation’s office and met with the staff. He wrote an e-mail to his family and friends, telling them about his journey and his struggles with epilepsy. Ramirez also told them the Department of Motor Vehicles was looking into whether he should keep his license.

He was overwhelmed with support.

“I now feel like a weight has been lifted off my shoulders,” he said. “I’m not afraid to come forward, to discuss it.”

Ramirez realized that he had an opportunity to share his story and to help others. He signed up to become a team captain for the foundation’s Walk to End Epilepsy on October 28 at the Rose Bowl.

Then he decided to do more.

Last month, days before his 50th birthday, Ramirez climbed Mt. Whitney, the highest point in the contiguous United States, in one 15-hour hike. He dedicated that hike and his birthday to raising money for the walk.

When he reached the summit, Ramirez put on a shirt with two simple words: End Epilepsy.

“Standing on that mountain and being able to put on the End Epilepsy shirt meant more to me than any footstep I took getting up there,” Ramirez said. “It meant a lot. And I’ll do it again next year and the year after that.”

“I think that’s why it’s so amazing to have people like Paul willing to speak up and be an example,” she said. “I truly do believe we will never end epilepsy if people with epilepsy remain in the shadows and in hiding, in a sense.”

Ramirez takes precautions but says he is not going to let epilepsy manage his life. He’s been cleared to drive. Ramirez is an expert skier and an avid mountain biker and swimmer.

“He’s not going to let anything hold him back,” Jones said. “He’s going to live his life like he wants to, and I really admire that.”

Ramirez says the CNN story came at the perfect time in his life.

“I’m not embarrassed anymore. I just don’t see it as a humiliating circumstance. It’s just another part of life,” he said. “I think everyone has something, and this is my something.”

Next Post Epilepsy Survivor: Charlie Shor Is Out Of The Bag