Ending the Stigma of Epilepsy 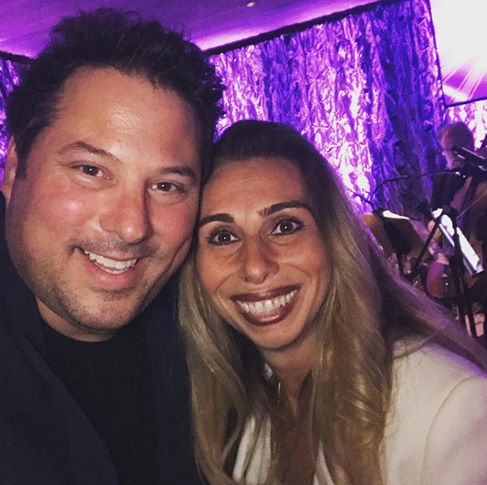 There are still attitudes within most societies that view symptoms of epilepsy as threatening and uncomfortable, and these attitudes frequently foster stigma and discrimination towards people with epilepsy. Such reactions are common when people are brave enough to admit they have epilepsy, and they can often lead on to various forms of exclusion or discrimination – either within social circles or within the workplace.

I remember when I was working at my dream job.  I felt an aura then seconds later I fell to the ground and experienced a seizure.  One of the top guys in charge saw me have the seizure and he continued to walk as he stepped over my body and kept walking.  Thirty minutes late I was called in by his associate and released from my position.  I was told I wasn’t right for the position, but as we both know it was the fact that he saw me have the seizure that ended my career.

What causes people to develop a sense of fear of someone with epilepsy instead of immediately feeling compassion or a willingness to want to help?

Yet despite how common epilepsy is and how subtle the effects can be, a new study by the Epilepsy Foundation has found that almost 50 percent of people with epilepsy suffer discrimination of some sort as they go about their daily lives.

Like all discrimination, researchers say it’s based on ignorance. The study found some people still believe epilepsy is contagious and many believe it is a psychiatric disorder. Some even believe the sufferer is possessed by evil spirits.

The variety of ways in which the condition presents itself no doubt only adds to the public confusion; so too, perhaps, does the negative way it’s portrayed in popular culture.

The study’s lead author, Dr. Michelle Bellon, says 47 percent of people with epilepsy said they had experienced discrimination. Participants in the study also said they had been excluded (11 percent) or even assaulted and bullied (5 percent) at school or work because of their epilepsy. This is why so many people are reluctant to open up and talk about it.

Did you know that epilepsy is just as common as breast cancer and takes as many lives?

The statistics are sad and sobering— and for most of us, shocking. Epilepsy in America is as common as breast cancer and takes as many lives. A mysterious and widely misunderstood affliction, epilepsy is a disorder in which the brain produces sudden bursts of electrical energy that can interfere with a person’s consciousness, movements or sensations.

Up to 50,000 Americans die each year from seizures and related causes, including drownings and other accidents; one in 10 people will suffer a seizure in their lifetimes.

There are 200,000 new cases each year, and a total of more than 3 million Americans are affected by it—more than multiple sclerosis, cerebral palsy, muscular dystrophy, and Parkinson’s disease combined. Between 1 and 3 percent of the population will develop some form of epilepsy before age 75.

In addition, when was the last time you saw a national telethon or fundraiser with celebrity hosts raising money for epilepsy?

A seizure can happen at any moment.  A person with epilepsy has to live with fear their entire lives.  It has been consistently shown in population studies that the mortality rate for people with epilepsy is two to three times higher—and the risk of sudden death is 24 times greater—than that of the general population.

With all this said then how come society is not doing more for this illness, why don’t you see commercials on TV, billboards, national fundraisers.

Why is this such a hush-hush condition when millions are affected by this condition?  It’s changing and taking peoples lives, so why isn’t society doing more?

If we took a once of energy that’s put into nonsense media topics can you imagine the good that can be done for people who suffer from epilepsy?

Can you image for one moment how you would feel if one day you were fine and the next day you’re having uncontrolled seizures, breaking bodily bones, experiencing concussions, losing your job, not being able to drive, imprisoned in your own home as you try one new medication after another and having to deal with the horrid possible side effects of the drug.

Isn’t this something that needs to be addressed.

People with epilepsy are just like everyone else.  There no different than anyone else.  Everyone has something, so why are people afraid to address this condition.

We need to end the stigma, talk about it and find a cure.  It’s time to do something about it.

Society (Where the stigma lies)

Stigma comes from family members, peers, and teachers in the form of unwarranted assumptions distrust, avoidance, pity, and gossip.  People under-estimate the abilities of people with epilepsy. Most of all the medical profession lists epilepsy as a low priority during the training of physicians when it should be a high priority.  It’s just as important as any other condition as you can see when you read the facts showing in this article how prevalent epilepsy is in our society.

You be amazed how many millions of dollars are donated from companies.  If we speak up they will listen and realize how important it is to educate society about epilepsy.  We need to create awareness, and change will follow.  The only way to create change is to speak about it and make people aware of the strong need for help that the epilepsy society needs with the hopes of finding a cure.  #endepilepsy

We need companies to help, we need patients to express the strong need for #findingepilepsycure

Send me a video or story and I’ll post it.  Let’s initiate change.  If we can save people in times of chaos and destruction then we can certainly save people with epilepsy.

Show me what you got!