Epilepsy Survivor: Charlie Shor Is Out Of The Bag 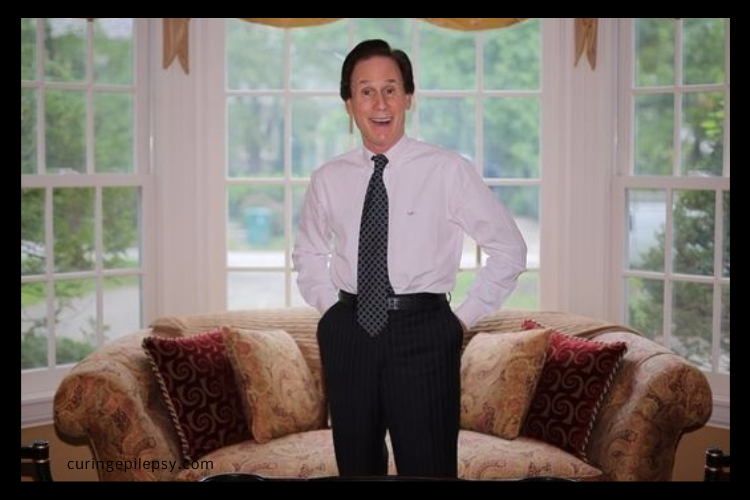 I have had many adventures in my 57 years, and I have accomplished much. But the main message of my story, which I have been given the opportunity to share, is that anything is possible. If you have epilepsy, as I do, it says nothing about who you are or what you might contribute to this world. It says nothing about what you might achieve. It is part of your story, but not the most important part of your story.

My life with epilepsy began many years ago. Getting off a plane in Cincinnati, on a Friday, I had my first seizure. I was 25 years old. At that time in my life, I was on a whirlwind schedule, traveling Monday through Friday and working for my father, who had founded the Duro Bag Manufacturing Co. I had big responsibilities. I could handle them intellectually, but probably not emotionally. Later, I would attribute that first seizure, like the hundreds that followed, to stress.

There were problems in the business, and as my father’s youngest child and only son, I was in the middle of the turmoil. I was very close to my father, and I wanted the business to succeed. Having graduated with a degree in economics from the University of Michigan, I had a good mind for business. I’d give my father my advice, but I wouldn’t argue with him. He’d listen to what I said; if he didn’t agree, he didn’t agree. But he also took very, very good care of me. He made me president when I was only 27, and he paid me well.

I was having seizures intermittently. At the time I used to play a lot of tennis, and a gentleman who was at the University of Cincinnati medical school gave me some advice. He had only had a semester of neurology, but he said, ‘I know you very well, and I’ll bet that if you took a year off and played tennis and skied, worked at a ski shop, just to get stress out of your mind, you wouldn’t have epilepsy. Unfortunately, I didn’t do it. I do believe that if I had followed his advice I would have gotten rid of my seizures.

I pause here to describe one unforgettable occasion when, despite the incredible stress, I did not have a seizure. It proved to me that the desire to live is strong enough, the body could somehow take care of you.

While in my mid-20s, I was kidnapped for ransom by two men, one with a gun and the other with a knife. They buried me for a day, then gagged and tied me up around a tree while they awaited their money. They were quite open about the fact that they would kill me if I was lucky enough to untie myself. Fortuitously, their plans were disrupted by a misunderstanding about where they were supposed to pick up the money. In the confusion, I heard my father yell at me because the whole thing wasn’t working out. In a rush of adrenaline, I somehow untied myself. And then I began to run. When you look at your life and everything is up for grabs, the idea of running away and getting shot in the back seems a lot better than the possibility of staying there and getting shot.

But the most remarkable part of the incident was that I did not have a seizure. When my life was in jeopardy, something instinctual took over. It brings to mind these heroic moments in which an individual rises above the human norm to save the life of someone precious. I think that type of primitive survival instinct suppressed my potential for seizures and allowed me to live.

After my father died, the troubles of the business weighed heavily. The company was losing money and was in bad shape. We were highly leveraged – our debt was worth more than the company — so I was getting pressure from the bank that held our loans. This was also a critical time in our industry, with the transition from paper bags to plastic. My father had been an extremely kind-hearted man, and the idea of pushing people and holding them accountable didn’t suit him. Now that he was gone – and with the bank hounding me — I had to change the company’s culture and operational style. I was under stress, and it was a kind of stress that I couldn’t control. I began to have seizures monthly.

Eventually, our company began to turn around. I also met a new banker who believed in me and took over our loans. I was also helped by medications that reduced my seizures but left me somewhat sedated.

Nevertheless, stress remained a part of my life and a precipitator of seizures. The stress now came less from work than from difficult family relationships. An altercation with my ex-wife frequently resulted in a seizure. I also vividly recall having a conversation with the friend of my ex-wife, who had written an article that struck me. When I called her to discuss it, her reaction was not what I expected. I had made the phone call optimistic that something very good would come out of it, and then the opposite happened. I didn’t have any control over the conversation. And at some point, I thought, “I’m going to have a seizure.” I walked eight feet from my chair to a couch, I sat down, I shut my eyes, and I had a seizure.

My neurologist, Dr. Michael Privitera, looked at my seizure frequency and actually mapped it out. During the year before my divorce, I was averaging two to three seizures a month. After the divorce, I went nine months without a seizure. Dr. Privitera said he had never seen anything quite like it.

Today, I rarely have seizures, not because there isn’t a lot of stress in my life, but because I feel that I am able to manage it. I have enough confidence in myself that if something bad has happened I can handle it. I don’t think any stress is good. But I have a different way of handling it. Part of that is acknowledging that stress will always be present and that you can’t always eliminate it.

Looking back at my history of seizures, I see them as ropes in the road, strung intermittently and inevitably, like an obstacle course that a Marine might have to navigate, with muscle and mental fortitude. I want to tell other people with epilepsy that they, too, can be successful. But you need to have confidence in yourself. There are ropes on the road for everyone, and epilepsy is an additional rope. But it doesn’t have to be an instrument for failure.

Maybe you have to clear this hurdle, but once you do, you’re in the same position as the next person and every bit as capable. You might even accomplish more because that rope makes you appreciate how hard you have to work to get something done.

In the years I’ve run Duro Bag, we’ve taken over 17 different companies and have become the largest paper bag producer in the world, where at one time we weren’t even worth the debts we had. Today we have 2,500 employees; we have plants throughout the United States and Mexico, and we make more than 20 billion bags a year.

Perhaps most importantly, I’m not afraid to say that I have epilepsy. I’m not afraid to talk about it, and I don’t feel it’s anything I have to be sorry about. People need to recognize that having epilepsy doesn’t have a thing to do with who they are. And that may be the most empowering, stress-reducing feeling in the world.

Charles Shor is Chairman and CEO of the Duro Bag Manufacturing Co. He has had epilepsy for over 30 years.

Previous PostEpilepsy Survivor: No Longer Afraid to Talk About Epilepsy
Next Post The Little Things We Take for Granted