The Brain and Epilepsy 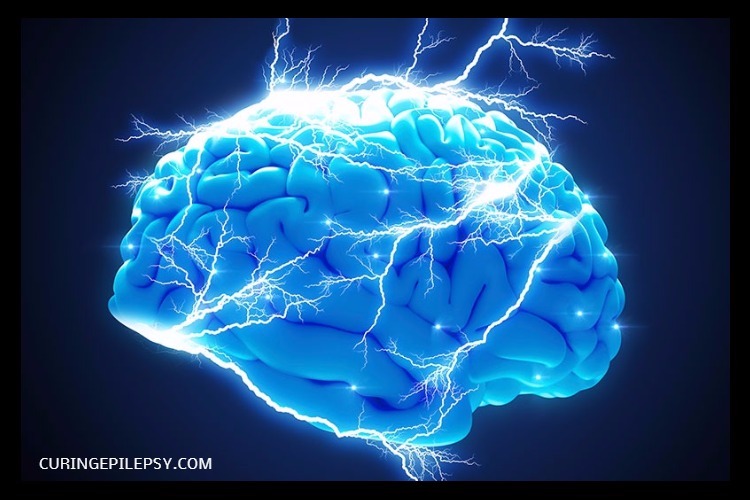 Epilepsy is a disorder of the central nervous system, specifically the brain.  In simple terms, our nervous system is a communications network that controls every thought, emotion, impression, memory, and movement, essentially defining who we are.  Nerves throughout the body function like telephone lines, enabling the brain to communicate with every part of the body via electrical signals.  In epilepsy, the brain’s electrical rhythms have a tendency to become imbalanced, resulting in recurrent seizures.

If you have seen a picture of the brain before, it probably looked like this one, which illustrates the outer surface of the upper brain.  This outer surface contains numerous folds that increase the surface area and allow more cerebral cortex to be packed into the skull, giving us more “brain power.”

The brain is an extraordinarily complex organ.  When it comes to understanding epilepsy, there are several concepts about the brain you will need to learn.  The first is that the brain works on electricity.  Normally, the brain continuously generates tiny electrical impulses in an orderly pattern. These impulses travel along the network of nerve cells, called neurons, in the brain and throughout the whole body via chemical messengers called neurotransmitters.

A seizure occurs when the brain’s nerve cells misfire and generate a sudden, uncontrolled surge of electrical activity in the brain.  Another concept important to epilepsy is those different areas of the brain control different functions.

The upper brain, or cerebrum, is divided into left and right halves, called cerebral hemispheres.  A bundle of nerve fibers called the corpus callosum connects these.  Each cerebral hemisphere contains four lobes: frontal, parietal, occipital, and temporal.  Each lobe contains many different areas that control a variety of functions.

The brainstem and spinal cord

Nerve cells in the brain

Nerve cells, or neurons, are the building blocks of the brain.  They work like computer chips, analyzing and processing information and then sending signals through the nerve fibers.  The nerve fibers act like telephone wires, connecting different areas of the brain, spinal cord, muscles, and glands.

Nerve cells are so small that a microscope is necessary in order to see them.  There are approximately 100 billion nerve cells in the brain.  During a seizure, each cell may fire as many as 500 times a second, much faster than the normal rate of about 80 times a second in the brain and spinal cord.  Hundreds of impulses bombard each call every second.  One of the wonders of the human brain is how the billions of individual computers (neurons) in the brain function in a coordinated fashion to control our movements and breathing, and most importantly, to allow us to think and feel.

Neurotransmitters are the chemical messengers of the brain.  These substances are released at the end of the cell and cross the synapse, a tiny space between the walls of one cell’s axon and the dendrite of the next nerve cell, to bind to receptors located on that dendrite.

There are many kinds of neurotransmitters, but each individual nerve cell produces only one major type.  Some of the neurotransmitters are carried a long distance within the nervous system.  Others, however, have local effects; that is, they are produced by and released onto cells that are close to each other.

Many of the new medicines being developed to treat epilepsy try to influence these neurotransmitters.  They try to increase the activity of the inhibitory ones, which turn cells off or reduce the activity of the excitatory ones, which turn cells on.  Either way, the idea is to have less uncontrolled electrical activity in your brain, and therefore fewer seizures.