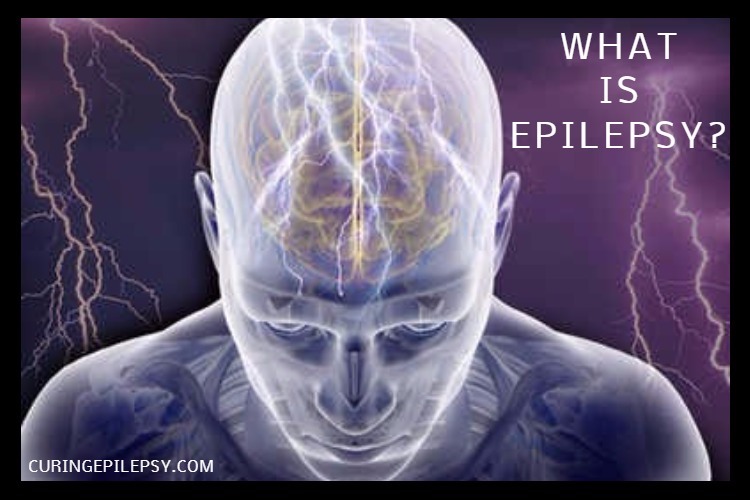 Epilepsy affects millions of people worldwide, with more than three million people in the United States suffering from the disorder. Epilepsy is diagnosed in 125,000 Americans each year. It is estimated that epilepsy occurs ten times more frequently than multiple sclerosis and 100 times more often than motor neuron disease.

Statistics show that one out of twenty people will have at least one epileptic seizure once in his or her life. One out of 200 will ultimately develop full-blown epilepsy. According to the Epilepsy Foundation of America, the causes of 70 % of all cases of epilepsy are unknown. Children and adolescents are more likely to have epilepsy of unknown or genetic origin.

Epilepsy is a neurological condition, which affects the nervous system. Another name for epilepsy is a seizure disorder. It is usually diagnosed after a person has had at least two seizures that were not caused by some known medical condition like alcohol withdrawal or extremely low blood sugar.

Brain injury or infection can cause epilepsy at any age. Studies done a short time ago showed that up to 70% of children and adults recently diagnosed with epilepsy can be treated successfully. About 10% of children with epilepsy have seizures that do not react to treatment.

The percentage of adults is higher, up to 15%. Up to 5% of the world’s population may have a single seizure at some time in their lives. It is likely that around 50 million people in the world have epilepsy at any one time.

Epilepsy is a chronic disorder of cerebral function characterized by recurring convulsive seizures. Many conditions have epilepsy seizures. Unexpected discharge of additional electrical activity, which can be either generalized (involving many areas of cells in the brain) or focal, also known as partial (involving one area of cells in the brain), initiates the epilepsy seizure.

The Definition of Epilepsy

Epilepsy is when a person’s brain cells frequently transmit information to the rest of the body by way of orderly electrochemical signals. These signals are not transmitted aimlessly; they do not course pell-mell through our nervous system. They are transmitted selectively, as some messages are repressed and others allowed long-term. This selectively prevents “cross-talk” or message overload in the body’s communication system.

Occasionally, a group of brain cells simultaneously “fires” or discharges a large number of electrical signals that produce a temporary rise in activity in certain parts of the brain, thus disrupting a person’s internal communication system. This is a seizure.

A seizure disturbs a person’s consciousness, much in the way a lightning storm can disturb the electrical power supply. This disruptive overload of brain activity causes strange body movements, unusual changes in speech, a blank stare, and twitching of the eyes (clonic attack extremities) which are symptomatic of epileptic seizures.

A single seizure does not necessarily signal epilepsy. Epilepsy involves frequent seizures, varying from one or more a day, to once a month or even as few as one or two years. Seizures have many causes, epilepsy is only one of them. Having one or two seizures does not mean someone has epilepsy. Non-epileptic seizures can be caused by, among other things, high fevers, and alcohol withdrawal.

Epilepsy is a neurological condition, which affects the nervous system. Epilepsy is also known as a seizure disorder. It is usually diagnosed after a person has had at least two seizures that were not caused by some known medical condition like alcohol withdrawal or extremely low blood sugar.

The seizures in epilepsy may be related to a brain injury or a family tendency, but most of the time the cause is unknown. The word “epilepsy” does not indicate anything about the cause of the person’s seizures, what type they are, or how severe they are.

A seizure is a sudden surge of electrical activity in the brain that usually affects how a person feels or acts for a short time. Seizures are not a disease in themselves. Instead, they are a symptom of many different disorders that can affect the brain. Some seizures are unnoticeable by others, while others are totally disabling.

The seizures in epilepsy may be related to a brain injury or a family tendency, but often the cause is completely unknown. The word “epilepsy” does not point out anything about the cause or seriousness of the person’s seizures.

About half of the people who have one seizure without an apparent cause will have another seizure, usually within 6 months. You are twice as likely to have another seizure if you have a known brain injury or another type of brain abnormality. If you do have two seizures, there is about an 80% chance that you will have more.

If your first seizure occurred at the time of an injury or infection in the brain, you are more likely to develop epilepsy than if you had not had a seizure in that situation. More seizures are also likely if your doctor finds abnormalities on a neurological examination; a set of tests of the functioning of your nervous system that is performed in the doctor’s office.

Another thing that can help your doctor predict whether you will have more seizures is an EEG, electroencephalogram, a test in which wires attached to your scalp record your brain waves. Certain patterns on the EEG are typical of epilepsy. If your brain waves show patterns of that type, you are about twice as likely to develop epilepsy as someone who does not have those patterns.

A seizure is a sudden alteration of behavior due to a temporary change in the electrical functioning of the brain, in particular, the outside rim of the brain called the cortex. Below you will find some of the symptoms people with epilepsy may experience before, during, and after a seizure. Seizures can take on many different forms and seizures affect different people in different ways.

Epilepsy can develop in any person at any age. 0.5% to 2% of people will develop epilepsy during their lifetime. People with certain conditions may be at greater risk. Doctors for epilepsy have treated about 2.5 million Americans in the past five years. That is eight or nine out of every 1,000 people. In other words, out of 60,000 people filling a big stadium, about 500 have epilepsy. More men than women have epilepsy. New cases of epilepsy are most common among children, especially during the first year of life.

The rate of new cases gradually declines until about age 10, and then becomes stable. After age 55 or 60, the rate starts to increase, as people develop strokes, brain tumors, or Alzheimer’s disease. (These disorders can cause epilepsy.)

This linkage of electrical discharges creates a “storm” of electrical activity in the brain. This is a seizure. When a person has had at least two of these seizures, this is considered epilepsy.

The reasons why epilepsy begins are different for people of different ages. What is true for every age is that the cause is unknown for about half of everyone with epilepsy. Children may be born with a defect in the structure of their brain, or they may suffer a head injury or infection that causes their epilepsy.

Often seizures do not begin immediately after a person has an injury to the brain. Instead, a seizure may happen many months later. They do not have a good explanation for this common observation, but scientists are actively researching this subject.