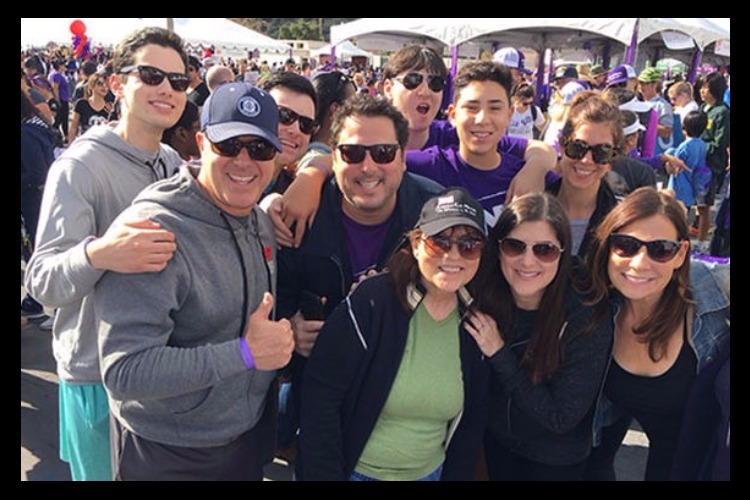 The former “Alias” and “Heroes” star is committed to raising awareness about a condition that’s deeply personal.

When Greg Grunberg’s seven-year-old son Jake appeared to be daydreaming for five to 10 seconds at a time, his parents thought he was simply ignoring them.“It happened more frequently when he was looking out the car window when we were driving,” says Grunberg. “We would reprimand him and tell him to pay attention.”But during a yearly check-up, Jake’s pediatrician suspected the youngster was experiencing seizures, which a neurologist confirmed. Jake was ultimately diagnosed with epilepsy, beginning a long and emotional journey.

Now 21, Jake is doing remarkably well, but unlike most patients, he didn’t respond to the first medication prescribed. Along with needing a combination of drugs, he has undergone two surgeries, has suffered thousands of seizures over the years and has repeatedly been cut and bruised from falls.

“Now he rarely has a seizure, maybe one every 10 months or so,” Grunberg says. “But we have to keep on top of this, and so does he. For example, Jake has to sing the whole time he’s in the shower. He could die if he hits his head or if he has a seizure and falls. If there’s an inch of water and his head hits the wrong way, he couldn’t breathe.”

Epilepsy — when nerve cell activity in the brain becomes disrupted — is the fourth most common neurological disorder. According to the Epilepsy Foundation, one in 26 people in the U.S. will develop epilepsy at some point in their lives.

“Don’t be afraid to talk about it,” stresses Grunberg, who has chaired the National Walk for Epilepsy and founded TalkAboutIt.org, which provides information, as well as messages from other celebrities. “This doesn’t need to be a secret.”

Grunberg believes spreading awareness is crucial to removing the stigma associated with the disorder. The fundraising social media campaign #MyEpilepsyHero gives individuals the chance to make a short video or audio recording acknowledging the contributions made by a family member, doctor, nurse, friend or epilepsy advocate.

“Don’t be afraid to talk about it. This doesn’t need to be a secret.”

Grunberg strongly recommends consulting with an epileptologist and asking lots of questions. He also encourages briefing family members, friends, teachers, coaches and others on the basics of first aid related to seizures.

“Don’t settle,” he says. “One seizure a month is not acceptable, especially for children. You’re not alone. Roughly 3.5 million Americans suffer from epilepsy. There are people out there who care. Be an advocate – a strong one – and don’t be ashamed.”

Previous PostThe Brain and Epilepsy
Next Post Does a Full Moon Have an Effect on Your Epilepsy and Seizures?