The Little Things We Take for Granted 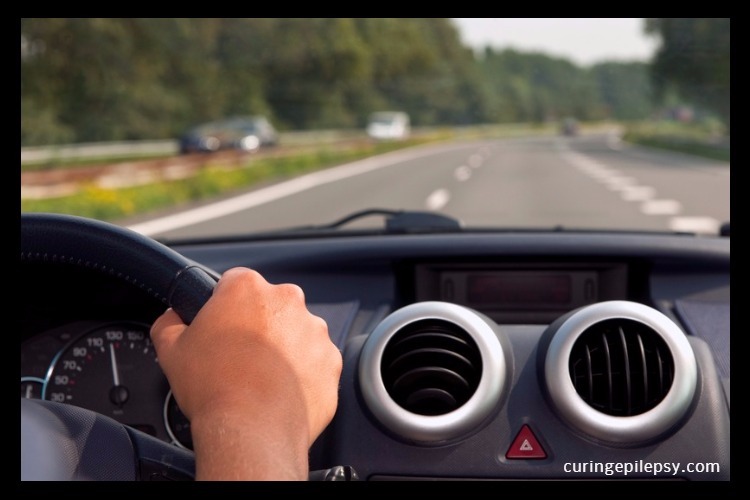 At eighteen, I was issued a license that right of passage so important for a young person striving for independence and autonomy. Since I have epilepsy, I was even more excited to get my license since I always felt different from the other kids and that I had something to prove. Now, the gap was closing and I was just like all the other teenagers, one of the gang, the cool girl in school with a license.

Picking my friends up and driving to the mall quickly became a ritual. We shopped until we dropped and enjoyed every precious moment. We helped each other pick clothes, buying like crazy until our wallets were empty. The morning after a shopping spree would find as at one or the others house, helping each other get into our new pants that we purposely bought two sizes smaller.

One of us would get on the bed and the other two would help pull up the pants. I can still hear Marie yelling at me to stop breathing and hold in my stomach!

No new purchase was sacred; we swapped our new clothes and could make three new outfits look like ten. As our closets grew, so did our friendships. We bonded, shopping being the experience that brought us closer. No matter how different we each were in personality, we all had a love for shopping in common.

At 19, everything changed one day

At nineteen, life changed, as you would expect, it should for a young woman about to become an adult. Only my change wasn’t typical.

While I was driving with my boyfriend (who is now my husband) on a winding, country road in New Jersey, I suddenly went into a seizure. My muscles tightened, my arms curved to the left and my foot went all the way down on the gas pedal.

Our future together flashed before us as the car headed straight toward a telephone pole. Fighting me for the wheel was worse than fighting a boxer or wrestler. I had no control and while in the throes of the seizure, I had the strength of a couple of bouncers.

Finally, my boyfriend got control over the car, steering it safely away from the pole and bringing it to a stop.

By then my seizure had passed and a new era in my life began. An angel was watching over us and spared our lives that day, but my license was revoked and my days at the mall became fewer and more difficult to arrange.

I never expected that not being able to shop when I desired some retail therapy would have such an impact on my life, but it did. Sadly, I became a prisoner in my home, no longer able to hop into the car and go to the mall, to Dunkin’ Donuts for a cup of coffee or Blockbusters for a video. Uncontrollably, I was at the mercy of other people’s schedules.

Grieving the loss of freedom

Not one to ask for people’s help, my isolation became chronic. Shockingly, I felt very alone. I was a strong, independent person and I wanted to take care of myself.  Longingly, I wanted to be that successful woman working in New York, shopping her heart out after work then going to the bar to have enjoyed an evening martini with friends. But that ideal wasn’t realistic; my dreams didn’t seem to have a chance.

My confidence was shaken, my self-esteem at an all-time low. How was I going to be a success? I had epilepsy. Where was my life going? What was my purpose? I was depressed, hiding from the world and feeling hopeless inside. Afraid to tell others how I felt, I was trapped.

Having the freedom to choose where, when and how you want to go somewhere is something we all take for granted. I didn’t realize how my shopping helped me until it was out of reach. Going to the mall had allowed me to focus on all the pretty things and my old wounds took a back seat to the pleasure of shopping.

Searching for acceptance of my condition

As time passed, I began to accept my disorder and the consequences it brought along with it. I learned to accept the limitations in my life. We all have them. We all need help sometime or another. I finally broke through the wall that had become my prison and I began to heal when I sat my family and friends down, opened my heart and let my feelings and emotions pour out.

I shared the hurt I felt and explained how I did not want to feel pitied or be a burden. My family and friends reached out and I opened my heart and let them in. Something happened, something magical that brought us each closer to one another.

I can still shop!

There’s no substitute for the fun I have with my girlfriends on a day at the mall. However, the wonders of technology have opened up the world and I have become an avid internet shopper. Shopping, in every form, will always be my escape, a pleasure that helps keep old wounds healed and brings peace to my soul, much to the chagrin of my husband and to the delight of my neighbors who speculate about what’s going on between me and the UPS man.

About the Author: Stacey Chillemi graduated from Stockton University in Pomona, New Jersey, majoring in marketing and advertisement. In the mid-nineties, while in college, she began her first book, Epilepsy: You’re Not Alone. It was published six years later. Before and after graduation in 1996, she worked in New York City for NBC. Since the birth of her children, she has been a freelance journalist. She has written features for journals and newspapers. Her articles have appeared in dozens of newspapers and magazines in North America and abroad. She won an award from the Epilepsy Foundation of America in 2002 for her help and dedication to people with epilepsy.

A Message from Stacey:

Twenty-five years, working closely with my doctor, changing my lifestyle and using alternative medicine I am happy to announce that I am seizure-free.  The path I was destined to follow has not been an easy one.  You live life to the best of your ability with the hope, pain, and fears that follow.  Epilepsy never goes away, but it can be controlled.

The best advice I can give to someone with the disorder is to focus on the positive things in life, never give up and use your talents and gifts you were blessed with to excel in life.   Life doesn’t end because you have epilepsy. Like any disorder or disease, you have to learn to cope with it and it’s those coping skills that will get you successfully through life.