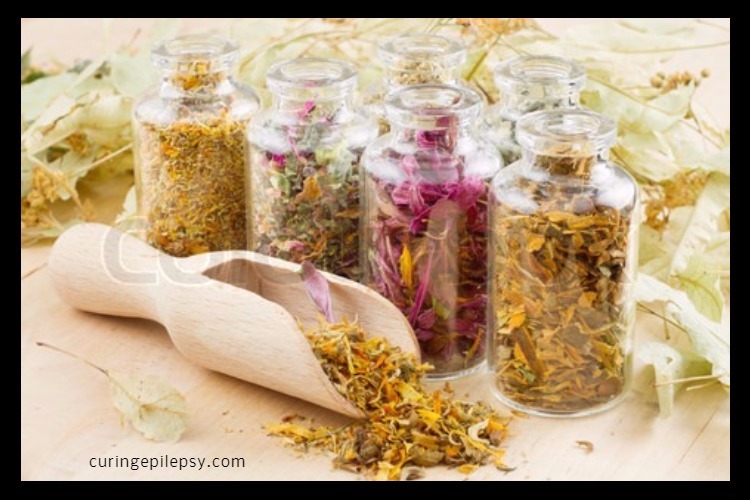 Long before Dilantin and Phenobarbital, there was epilepsy. And herbal remedies.

Of course, these herbal epilepsy remedies are NOT substitutes to anti-seizure medications but are more like a supplementary support. Most of them work by preventing a seizure and other symptoms of epilepsy. (NYU Langone Medical Center estimates that 20 percent of people taking prescription drugs also use herbs.)

Some may sound weird and others familiar. But hey, how can you argue with success?

For some reason, this particular type of gourd is believed to have healing powers for those who suffer from seizures. Therefore using ash gourd as a home remedy for epilepsy can help to relieve the symptoms and prevent seizures. Eating the gourd or drinking the juice of it can help, but turning to a supplement featuring this type of gourd can provide the best relief and is highly recommended as a natural cure.

Used for centuries in Ayurvedic medicine, the Bacopa leaf, or Brahmi, is an effective home remedy for epilepsy. It is a powerful nerve health promoter and is known to enhance memory, concentration as well as treat epilepsy. It enhances nerve health and protects the neurons against damage, keeping seizures at bay.

Highly recommended in numerous respected publications. Like many of the herbs already mentioned, it’s considered a sedative and antispasmodic and has been extensively used for epilepsy.

Worth mentioning here after reading old American herb doctors tales of their successes with stubborn cases of epilepsy. Blue Vervain is another wonderful herb used by many cultures all over the world. It is an American Indian remedy for several diseases including nervous afflictions.

A natural emollient that penetrates the surface layers of the skin, making it softer and more supple. The effects of externally applied castor oil can be enhanced through the use of a “castor oil pack” — a piece of wool flannel saturated with the oil and applied to the body. Use of a pack allows the greatest penetration in a specific area of the body. The application of heat further increases this penetration, allowing the oil to better impart its qualities to the body.

Known for its antioxidant and cleansing properties, chamomile tea can also abate the symptoms of epilepsy. It’s a natural soothing agent and works by calming the nerves. If you feel you have a seizure coming, you should definitely try this remedy. Sipping a strong chamomile tea can be of great help. Boil some water and add a tea bag of chamomile tea. Allow it to steep for at least 15 minutes, making sure that the tea is very strong. Sipping it will immediately soothe your on-edge nerves.

Ever experience that totally refreshed and cool feeling after drinking coconut water on a sweltering day? That’s because coconut water is a magic potion loaded with vital minerals, electrolytes, and water. These three things promote better neuron health and keep the neurological system cranked up, ensuring proper functioning of the brain.

Most easily found in every home, garlic is full of medicinal benefits. To use it as a home remedy for epilepsy, take equal quantities of water and milk. To this, add 3-4 crushed cloves of garlic. Boil the mixture well and drink a glass of this mixture every day. The water and milk keep your body hydrated and replenished with minerals, while the garlic has many properties for improving neurological health.

Magnesium sulfate, as it is also known as, has a wonderful effect on nerve health. This is a naturally found salt that is rich in magnesium and sulfur, which are both responsible for better absorption of calcium by the body. The magnesium also helps by maintaining proper nerve functioning, reducing stress, and eliminating toxins. Simply taking one tablespoon of Epsom salt every day with a glass of water can prove beneficial for epilepsy. Some businesses focus on selling entirely pure “food grade” Epsom salt, which contains magnesium sulfate. Whether there’s truth to these claims is unproven. The best amount to take is about a tsp. every morning, should you decide to use Epsom salt.

Essential oils are naturally soothing and calming agents. Oils of lavender, ylang-ylang, and chamomile can be used daily to keep up nerve health and to reduce anxiety and stress related to epilepsy.

False pepper is a vine with tiny flowers that are yellow-green in color, and are typically found throughout India. Alternative medicine makes use of the bark, leaves and fresh fruit to handle a variety of problems. These problems include parasites, rheumatism, stomach difficulties, skin diseases, tumors, psychological problems, and convulsions. The active component in the plant is embelin, and it has anti-fertility, anti-inflammatory, anti-tumor and antioxidant properties. Embelin is a member of a chemical class called benzoquinone, and derivatives of quinone have anticonvulsant properties.

The essential oil of choice for any kind of brain disorder. Frankincense has a molecular makeup that includes sesquiterpenes, derived from plants, that is able to cross the blood/brain barrier. These sesquiterpenes stimulate the limbic system of the brain and other glands within the brain, promoting memory and releasing emotions. Frankincense slows down and deepens the breath. The therapeutic properties of Frankincense oil are antiseptic, digestive, diuretic, and sedative.

Amla is a wonderful fruit, whose benefits never ceases to surprise. Not only is it the richest source of Vitamin C, it also has loads of antioxidants and minerals. One glass of amla juice taken on an empty stomach can help relieve the symptoms of epilepsy and prevent seizures.

Once again, licorice or Mulethi, proves that it is much more than what we know it to be. Grind some licorice and add it to a tablespoon of honey. Take this homemade medicine every day to find relief from epilepsy and its symptoms. CAUTION: Do not consume licorice during pregnancy for any reason as it may cause premature labor!

Lobelia is an effective herb that was historically used in the treatment of epilepsy. It has an anti-spasmatic action that helps in abating seizures.

This is a historic way of treating epilepsy since this serves as a nerve tonic and sedative. The tonic is extracted by boiling the herb in hot water. Daily consumption is effective in treating epilepsy.

These are a group of essential acids that promote overall good health. These fatty acids reduce cholesterol and artery blockages, which in turn reduces the effects of aging and improve nerve and brain health. Foods rich in omega-3 fatty acids are fish and nuts. Make sure you include these in your diet on a regular basis to prevent seizures. These foods are also rich in vital minerals and nutrients that are important for healthy nerves and brain functioning.

For treating epilepsy, extract the juice of 2-3 onions and mix it well in water. Drink a glass of this mixture daily for at least 2 months and you will find great relief from your symptoms.

A massage of this lesser known oil can help to immediately soothe the symptoms of epilepsy. Take a little warm sesame oil and massage it well onto the soles of the feet, temples, and palms. This works well if done at bedtime after which you can get a good dose of calm sleep.

Currently one of the most popular orthodox antispasmodic medications in Russia and Germany according to Daniel Mowrey author of Herbal Tonic Therapies. Its anticonvulsant action has been useful in treating epilepsy. Valerian was used in the First World War to prevent shell shock in front-line troops. Valerian is classified as a tonic herb. It can regulate and balance opposite extremes. Recent research has shown it to be a sedative but more research has reported it can also stimulate in a way as to improve coordination, increase concentration and energy. This tonic nature of Valerian allows it to depress or stimulate where necessary depending on the current needs of the nervous system. Another way Valerian has been characterized by clinical studies is that it has neurotropic effects directly on higher centers of the central nervous system. One of the most remarkable aspects of Valerian is the almost total lack of toxicity, even with long-term use.

The violet tree is a little tree with fragrant purple flowers indigenous to the more tropical parts of Africa. Alternative medicine practitioners use the roots to handle a variety of physical and psychological problems such as discomfort, irritation, nervousness, headache, and epilepsy. Research has compared the extract of the root of the violet tree to phenobarbitone, which is an anticonvulsant drug. This research confirmed the conventional usage of the violet tree as a natural treatment for epilepsy. More studies are necessary to support these results.

Herbs you should not take according to www.epilepy.com

Note: Precautions with herbs. Evening Primrose Oil and Borage can lower your seizure threshold. Sage and Hyssop can be pro-convulsant. Some herbs decrease the level of anticonvulsants in your body. Watch out for toxins and pesticides in unregulated herbs. And most herbs should be avoided by pregnant women.

I've been a professional copywriter for over 35 years. I've also had epilepsy for decades. My mission is advocacy; to increase education, awareness, and funding for epilepsy research. Together, we can make a huge difference. If not changing the world, at least helping each other, with wisdom, compassion, and sharing.

Previous PostHerbal Medicines For Seizures and Epilepsy Treatment
Next Post What Foods Or Supplements Someone With Epilepsy Can Take To help Their Brain Recover From Memory Loss Following The Seizures?