Understanding the Emotional Aspect of Someone Who Suffers from Epilepsy 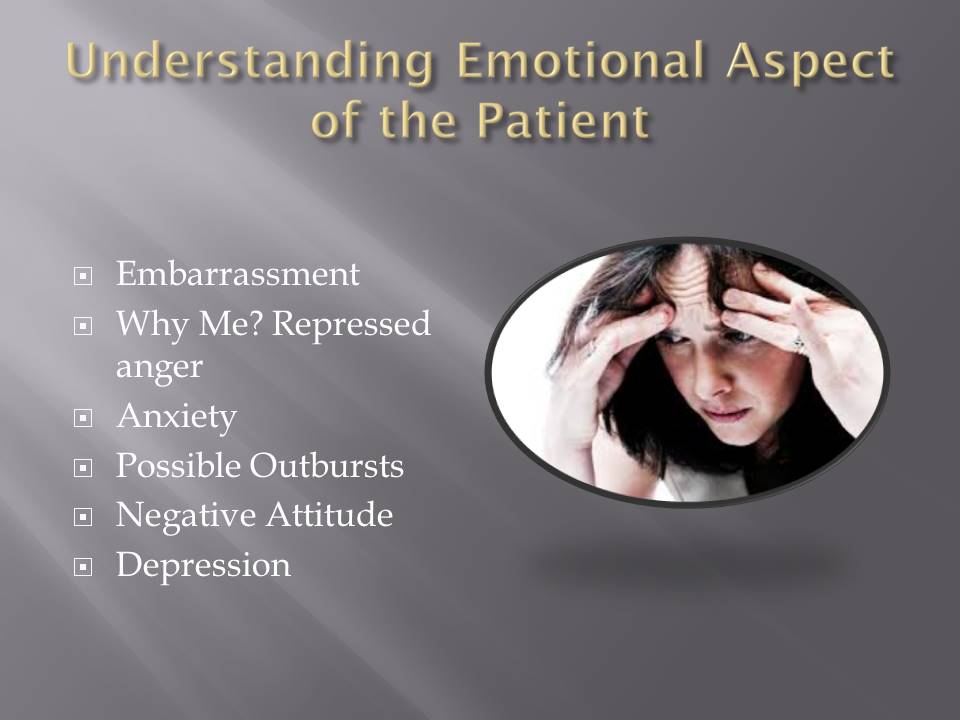 Can having epilepsy affect one’s emotions and behavior?

Concerns about the effect of having recurring seizures on an individual’s emotional state and behavior are often raised. The majority of persons with epilepsy have no more emotional baggage to carry than the next person. Some people who have seizures, though, may experience more extreme emotional changes or exhibit behaviors which are not considered socially acceptable.

What causes such changes in emotions and behavior?

In most cases, such changes are caused from strains of dealing with our society’s often hostile attitudes toward disability in general and epilepsy in particular. Sometimes, though, medication and the seizures themselves may affect a person’s emotional state and her or his behavior. The following paragraphs will offer a brief discussion of the three main contributing factors to emotional and behavioral changes in persons with epilepsy: psychosocial circumstances, medication, and seizures.

What are some common feelings that people with epilepsy experience?

For the person with epilepsy, a range of factors can combine to produce a heightened sense of anxiety, depression, low self-esteem, and feelings of isolation. While most people with the condition learn how to deal with these feelings, some may respond to such pressures by reacting to an overly aggressive, asocial, irritable, or introverted way.

Can the fear of having a seizure cause emotional and behavioral problems?

What effects can feeling “out of control” have?

One of the greatest concerns for the person who has recurring seizures is the perceived loss of control which goes along with having seizures. Contemporary western culture has glorified the image of the controlled and independent adult. The unpredictability of having a seizure, as well as the very obvious loss of control during seizures clearly does not show this image. By thus “failing” to meet the basic standards of our culture, a person’s sense of self-worth may well be affected. This sense of not being in control may also extend to include other aspects of a person’s life.

How does the public’s misunderstanding of epilepsy affect people with epilepsy?

Being stigmatized for having epilepsy is also an important aspect. Popular misconceptions about epilepsy are still widespread. Again, other people’s negative responses may considerably add to the stress of the person with epilepsy and may lead them to choose isolation over social interaction.

How important is accepting one’s own epilepsy?

Sometimes, if the condition is well controlled, and a person has only a few seizures, he or she may not feel compelled to deal with the condition. Then, the denial of the condition can compound feelings of anxiety. In a sense, the person does not get “used” to having seizures, and each seizure becomes yet another traumatic experience.

A person’s own attitudes towards having seizures can also very much influence their emotional state. By not accepting the reality of having seizures, some persons may go through some length to hide it from the people around them. The anxieties of possibly being found out may reinforce the way to socially isolate themselves.

What other factors can increase emotional stress?

Another important reason for the person with epilepsy that can greatly increase stress and thereby emotional strain is an economic hardship. High rates of unemployment and underemployment –more than 50% of persons with seizures– severely restricts the income of many people with epilepsy. Thus they may have difficulty sustaining a household, not to mention the added expenses of anticonvulsants medication.

Most persons who take anticonvulsants medication to control their seizures do not experience serious and intolerable side effects from it. In some cases, however, the side effects of taking medication may affect an individual’s behavior and/or emotional state. Such changes may include an impairment of drive, mood, sociability, alertness, or concentration.

While it is important to be aware of the possible effects of medication, it should be recognized that they do not usually present a serious problem to adults with epilepsy as long as they are administered in the appropriate dosage.

Can seizures themselves affect emotions and behavior?

The place in the brain where seizures originate may also have an effect on a person’s emotions and on her or his behavior. Seizures with temporal lobe involvement, complex partial seizures (formerly known as psychomotor or temporal lobe epilepsy) are most commonly associated with behavioral changes. Such changes can include rapid fluctuations in mood or over-attention to detail.

Studies reporting on this relationship, however, do not agree at all on its nature. While a consensus does exist that temporal lobe involvement in epilepsy can affect behavior, researchers have not found that any prediction can be made either to the type of change which occurs or to the certainty with which behavior will change within the population of persons with complex partial seizures.

Head injuries, which are sometimes the underlying cause of a person’s seizures, can also be associated with behavioral and emotional changes. However, since these changes are separate from a person’s epilepsy, they have not been addressed here.

What is most likely to cause emotional or behavioral problems?

When considering the effect of having epilepsy on a person’s emotional and behavioral state, it is important to remember that all the above factors may interact with each other to produce an overall set of pressures acting on the person. Most people with epilepsy have no more trouble dealing with their feelings than others who do not have seizures.

Even for those persons who do experience excessive emotional instability, however, the cause for these lies most often in having to deal with an under or misinformed society, rather than in the medical aspects of having epilepsy. The often hostile reactions which the person with seizures has to deal with can lead her or him to withdraw and isolate her – or himself from society. As a result, the person with seizures may seem to be asocial or antagonistic.