Launched in November 2016 by Sunovion Pharmaceuticals Inc. in partnership with the Epilepsy Foundation, #MyEpilepsyHero seeks to unmask and celebrate the unsung heroes in the fight against epilepsy. We want to connect Epilepsy Heroes of all kinds to inspire and encourage each other with stories of hope, kindness, fearlessness, and perseverance.

Since launch, hundreds of stories from across the US have been shared, resulting in a close-knit and supportive community on Facebook. Our heroes come together to share in the triumphs of each fight and to offer encouragement and support when a hero is having a hard time.

Join our community of Epilepsy Heroes and help spread epilepsy education and awareness.

In November 2016, Sunovion and the Epilepsy Foundation came together to create #MyEpilepsyHero with the goal of helping to change misconceptions about epilepsy and give the community a place to celebrate their successes and recognize those who make a positive difference in the lives of people living with epilepsy—their Epilepsy Heroes. Since the launch, the #MyEpilepsyHero Facebook page has recognized over 5,000 heroes, reached more than 12 million people, and has been recognized with 12 awards as a leading-edge social media campaign. None of this would be possible without people like you who are making a difference by providing support and encouragement to your friends and families living with epilepsy.

Today, we’d like to recognize 5 heroes who continue to overcome barriers in their attempts to drive epilepsy awareness and understanding. 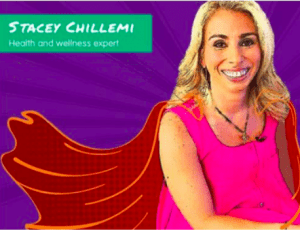 As someone who has lived with epilepsy her whole life, Stacey is dedicated to spreading awareness of epilepsy and helpful advice on managing it. An author of multiple books, she has been featured in national newspapers and on television. Because of her devotion to helping others living with epilepsy and her drive to spread positive information in the community, we’re proud to call Stacey one of our Epilepsy Heroes. 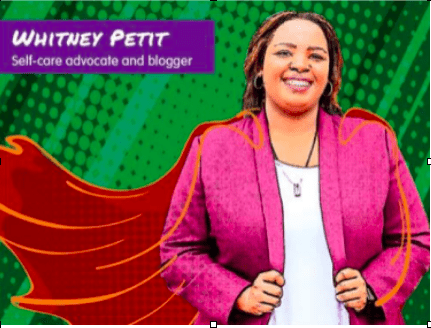 Advocating for the importance of self-care, Whitney has been a champion of raising epilepsy awareness. Whitney uses her blog, Changing Focus: Epilepsy Edition, to share self-care techniques and other life-improving innovations with the epilepsy community. Whitney makes her community better through her many acts of service, and that’s why she is an Epilepsy Hero. 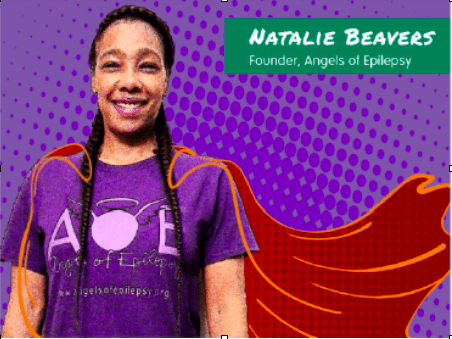 Natalie has earned her place as an Epilepsy Hero by founding Angels of Epilepsy. Through Angels of Epilepsy, Natalie is dedicated to providing meals, care packages, health and lifestyle workshops, and transportation for others living with epilepsy. As an advocate in the Atlanta community, she speaks at and hosts many epilepsy awareness events. 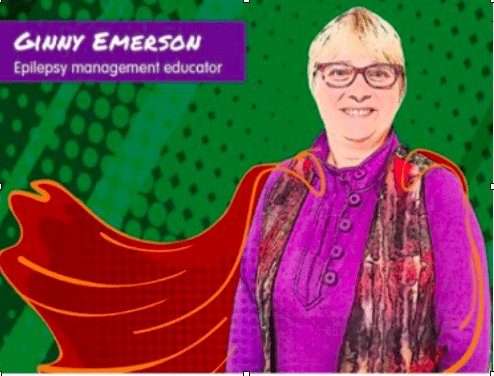 Next, we’d like to recognize Ginny, who created the non-profit Preventing Teen Tragedy in 2011 to provide resources to families affected by epilepsy and mental illness. She also founded Seize the Facts, a community program aimed at sharing helpful information for those living with epilepsy. Ginny provides hope to those who need it most, which is why she is one of our Epilepsy Heroes. 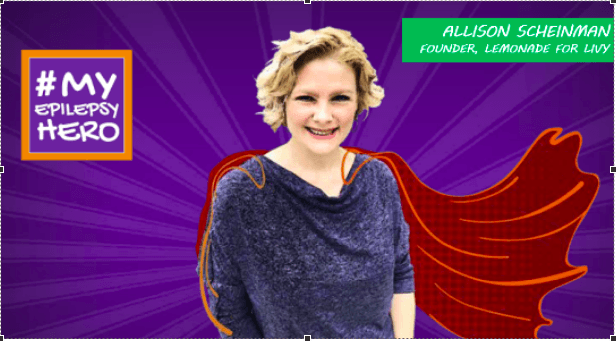 Allison is a caregiver to her daughter Livy, who is living with epilepsy. In 2011, Allison and Livy’s twin sister, Hailey, started Lemonade for Livy to raise epilepsy awareness and support the Epilepsy Foundation’s work to stop seizures. Allison is also the co-founder of Livy’s Hope, a website and blog that chronicles their journey. 100% of the proceeds of the site go to families in need. We believe every mom is a superhero, but Allison’s contributions to the epilepsy community make her one of our Epilepsy Heroes.

We’re proud of and thankful for all the work these Epilepsy Heroes do to make a difference in the lives of those living with epilepsy, along with all the #MyEpilepsyHeroes, to support the epilepsy community.

“Who’s your epilepsy hero? Who inspires you in your epilepsy journey? Is it a family member? A health care provider? A mentor or friend?”

Here’s what some of them said.

Holly’s hero is her son.

John and Karen talk about their son who is their hero.

Christian’s hero is his dad. Thank you for your inspiring stories of hope! Keep your #MyEpilepsyHero stories coming. Check out all these stories at https://sunovion-epilepsy.tumblr.com.

This blog post was submitted by Sunovion Pharmaceuticals Inc